For the ultimate magical adventure, join us 290 kilometres south-west of Mandalay in the ancient city of Bagan. This breath-taking UNESCO world heritage site boasts an impressive 67 square kilometres of picturesque plains, littered with the ruins of almost 2,500 ancient, sacred temples. Quickly becoming Myanmar’s most visited attraction, the archaeological zone of Bagan straddles the scenic Irrawaddy river and was once the country’s most powerful capital of an ancient kingdom. With endless opportunities for exciting trekking and infinite exploration, Bagan most definitely should be on every adventure seekers bucket list.

Offering incredible, fairy-tale like landscapes, Bagan is beautiful any time of day, but the region is at its best at both sunrise and sunset and offers adventure seekers the perfect hiking and cycling opportunities. The memory seekers amongst us will surely not be able to resist enjoying these spectacular scenes from the comfort of a hot air balloon, meandering between temples as the sun comes up, or relishing magical sunset views from the top of a dazzling temple.

During the height of the Kingdom’s power from the 11th century through to the 13th century, it is widely believed that over 10,000 temples, pagodas and monasteries were built. Despite several earthquakes threatening to completely demolish the sacred site, many still exist today.

The most immersive part of town is bar far Old Bagan. The name given to the site where the original village once stood, this area remains the core of Bagan’s mystical beauty. Bursting with ruins to explore, city walls to trek and a reconstructed palace, Old Bagan is at the heart of the main archaeological zone and is best explored by bicycle or e-bike.

New Bagan on the other hand, is a bustling new village constructed in 1990 when the government moved villagers from Old Bagan. Today it is home to busy colourful markets and an authentic, local way of life as well as a handful of guest houses to cater for visitors.

Besides the thousands of temples to explore in Bagan, another must-do exploration whilst you’re in the area is Mount Popa, a sacred volcano peaking at 1518m above sea level. An exciting venture to Mount Popa can prove a much-needed respite from Bagan’s extreme heat, especially during the summertime.

Don’t forget your walking boots and get ready for the ultimate trekking adventure in one of Myanmar’s most breath taking regions. 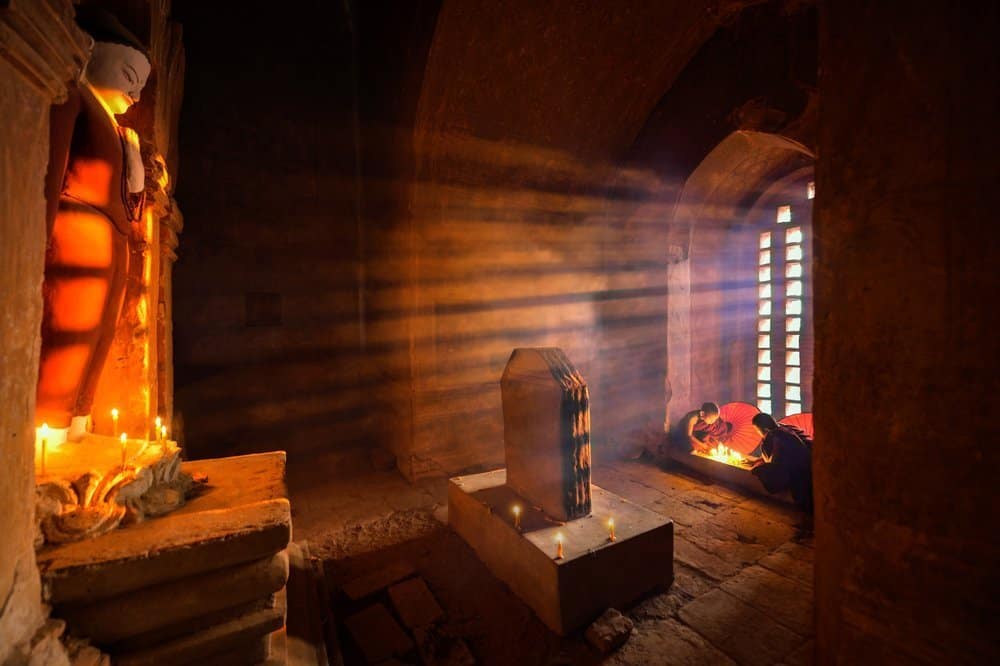 At the heart of Bagan’s archaeological zone and sitting right on the banks of the Irrawaddy river, Old Bagan is truly one of South East Asia’s best kept secrets. Until recently, the area has seen very little tourism, but slowly this ancient gem is opening up and promising to dazzle beyond belief.

The main temple sites lie within Old Bagan. Every single one is beautiful in its own way, and the entire site makes for endless exploration of both ruins and preserved temples. Be sure not to miss the best-preserved temple in the area, Ananda Pashto. Standing proud at 170 feet high, the stunning Ananda Pahto is one of Bagan’s most notable temples. Slightly taller at 197 feet is Gawdawpalin Pahto, towering over endless plains and thousands of ruins, this impressive temple can be spotted from afar. Don’t miss Bagan’s only remaining Hindu temple, Nathlaung Kyaung. This incredible temple holds a fascinating story and is one not to be missed.

Even though New Bagan was constructed as recently as 1990, it’s endless dusty plains and busy streets still hold an ancient history not to be overlooked. One example is the beautiful terracotta temple of Lawkananda Paya. Although there is more going on in New Bagan and the atmosphere may seem livelier, it is important to note that the area is quiet, authentic and does not have a party atmosphere like some of its South East Asian counterparts. Enjoy the local restaurants on the north side of New Bagan opposite the Eight-Faces Paya and watch it light up at night fall. 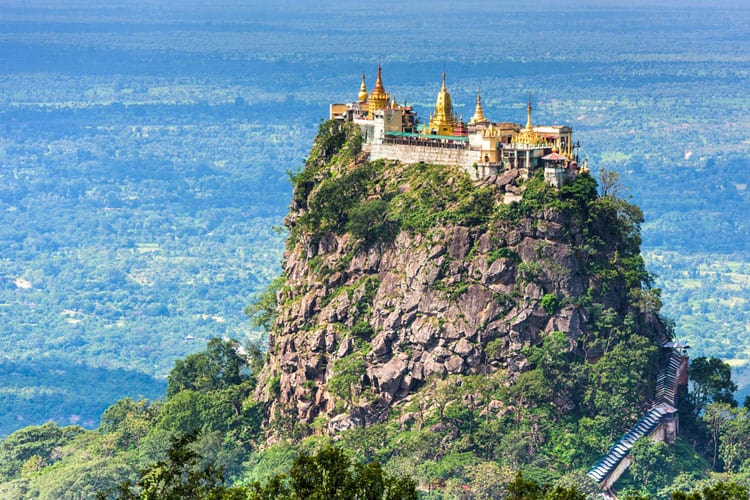 Inner Bagan can become extremely hot, especially during the height of the summer. Indeed, on these days, an afternoon trip to one of the regions most sacred sites, Mount Popa may prove a welcome retreat. Although the extinct volcano peaks at an impressive 1518 metres above sea level, temple Taungkalat proves to be much more accessible. Believed to be home to 37 nats, pilgrims and visitors alike make the somewhat tiring ascent of around 800 steps to be greeted by impressive carvings of ancient gods. But once you reach the top, you’ll be rewarded by not only fresh, mountain air, but spectacular views across the surrounding plains making a trip to Mount Popa an ideal afternoon adventure trip from Bagan.

Things to do in Bagan
0Shares
PrevNext